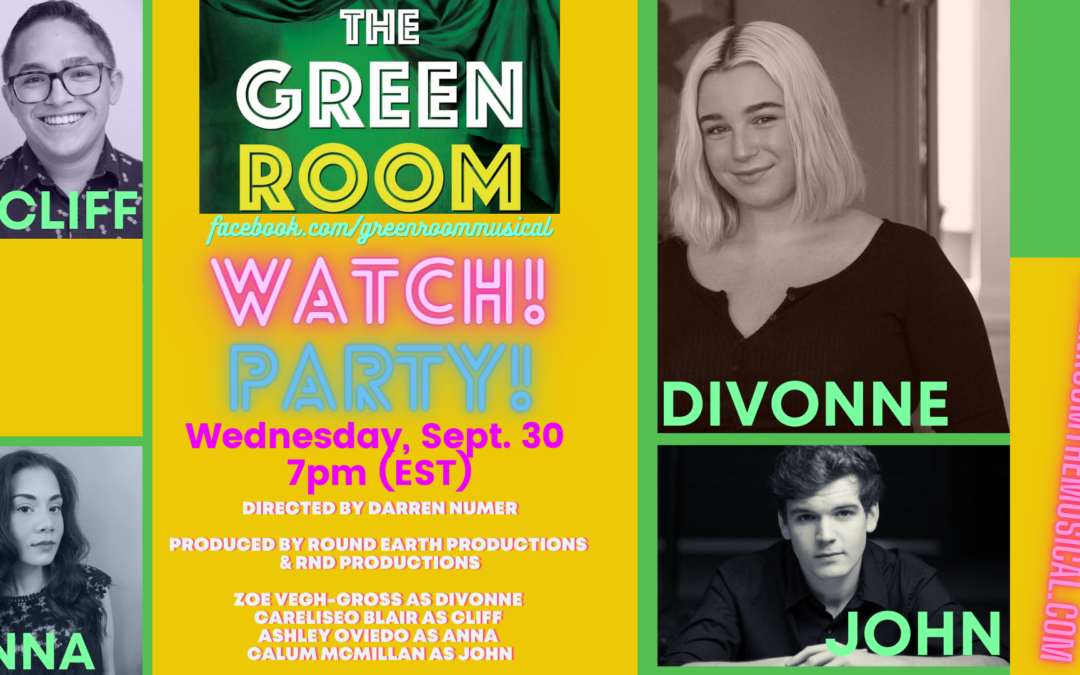 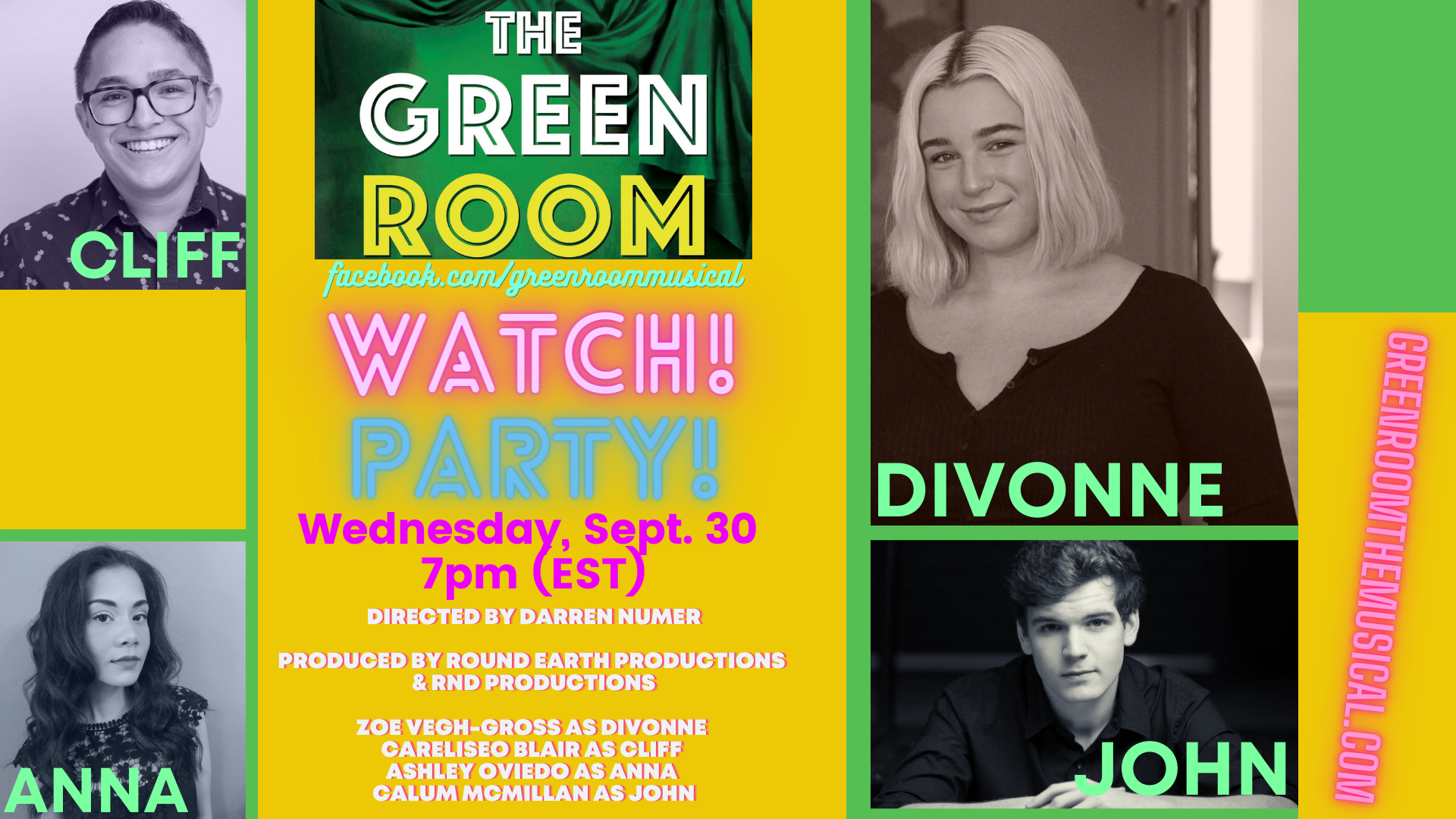 The Green Room musical Zoom selection performance watch party!
Hear 4 songs from the Off-Broadway musical!
(including a never heard before verse from “In The End.”)
Wednesday, Sept. 30, 7pm (EST)